Another summer is coming to a close, and you know what that means: the South Mountain Division year is just beginning! Although it was my hope to be welcoming you back with a long-awaited and much-anticipated in-person meeting, I’m afraid that won’t be happening, at least not until 2022.

With the Delta variant of COVID-19 spreading in the United States and things set to get worse once more as the weather changes, everyone must decide for themselves what level of risk they’re comfortable with. Speaking as your Superintendent, I cannot, in good conscience, ask our membership to gather in the close quarters our hobby takes place in.

That said, I believe there’s still plenty for SMD to do while this terrible pandemic runs its course. To this end, you’re all invited to our September membership meeting via Zoom next Sunday, September 12th. “Doors” open at 2 PM, with the business meeting to commence by 2:30 PM.

I’m still looking for presenters to give clinics after the September, October, and November meetings via Zoom, so if you have something you’d like to share (especially if it works well as a video or slideshow!) do let me know. If we don’t have a clinic, I’m looking to turn the after-business time over to a round table discussion about a particular theme.

I believe SMD and the NMRA has a great deal to offer our membership even in a post-pandemic world, and I’m excited to talk with you about the possibilities these next few months. So, if you have the time, please stop by the Zoom meeting or, otherwise, drop us an email directly! Harvey, Ray, and I are eager to get the Division back on the rails.

See you all soon,

Zoom meeting instructions were included on page two of the SMD members’ only version of the Wheel Report link that was sent to all on 1 September. If the connection details are needed, contact the Division leadership at southmountaindiv@gmail.com.

A copy of the minutes from the last membership can be found at this previous SMD blog post:

Division members met remotely on the internet using the Zoom platform.  18 or so were present.  Assistant Superintendent Alex Polimeni convened the meeting prior to the published start time for logging in.  During the lead-up to the meeting, Frank Benenati shared video taken in 2014 at Cass.  The Assistant Superintendent called the business meeting to order shortly after the 2 pm start time.

21.5-1 Paymaster’s Report:  Paymaster Ray Price reported that the Division has $3668.40 in its bank account (the same amount as last month).  The Paymaster reported that the $150 memorial contribution for Superintendent Jerry Skeim (passed by motion at the last meeting – minute #21.4-3) has not been made yet because we do not know where the family wishes it to be sent.

21.5-2 Clerk’s Report (Meeting Minutes):  The attendees dispensed with the reading/summary of the minutes (previously distributed by e-mail).  Ron Polimeni made the following motion (second by Ray Price):

Motion:  That the draft Minutes for the April 2021 meeting be approved as submitted.  The motion passed unanimously.

21.4-3 Superintendent Jerry Skeim’s Passing:  Jerry’s absence has been keenly felt.  His obituary was published in the 5-14-21 Frederick Post.  An e-mail message from his son was read.  Elizabeth Bolsvert, his daughter, joined the meeting.  The family plans a small military funeral in Minnesota in August.  Jerry’s wife is still on oxygen as she recovers.

Bob Johnson picked up the Division’s projector and contribution car from Jerry’s family.

21.5-3 Election:  Nomination Committee Member Tom Fedor reported that he sent election notices by e-mail or by USPS to all Division members listed in the most current membership roster.  Because he had monitored the returns, Webmaster Fedor abstained from voting.

Clerk Heyser reported the vote tally:  24 cast by electronic ballot, 1 cast by USPS, 1 cast by proxy, and 1 cast in person at the meeting for a total of 27 votes total.

Ron Polimeni made the following motion (second by Bob Morningstar):

Motion to accept the results of the election of officers for the year 21-22.  The motion passed unanimously.

21.5-4 Feedback from Members:  Superintendent-Elect Polimeni requested feedback from members over the summer about what they wanted from their officers in the coming year.

21.5-6 In-Person Meetings:  Given the uncertain status of the pandemic and the vaccination rate, there was a lengthy discussion about this matter.  The following were mentioned:

– The target for in-person gatherings is tentatively September of 2021.

– The SMD should verify that any prospective hosts be comfortable with having a large group of visitors.

– Everyone should be respectful of an individual’s vaccination status.

– It was suggested that, out of respect for the host, visitors wear masks.  Meeting notices should specify any mask requirements.  (Jay Beckham reported that, at his open houses this spring, requiring masks was graciously adhered to.)

– An outdoor event such as a swap meet may be preferable, even though model railroading events are generally held indoors.

21.5-7 East Broad Top Railroad:  Jane and Pete Clarke reported that plans are proceeding to open the railroad for tourists on the 2nd and 4th weekends of June and July.  The Friends of the EBT will hold a meeting at Robertsdale on June 12, 2021.

Adjournment:  The Superintendant-Elect accepted a motion to adjourn.  The next meeting will be held in the fall.  Members will be notified by e-mail or USPS.

Clinic:  Following the meeting, Frank Benenati presented a clinic on making foreground trees from twisted wire armatures.  He recommended referring to the Field Guide to Trees and Shrubs by Petrides (sp?) and the Scenic Express web site for information and diagrams of tree types.  Frank demonstrated armatures made by twisting 26 gauge florist’s wire coated with caulk and painted with artist’s acrylics.  (He uses the same technique at the bottom of the trees for roots.)

Frank uses various materials for the branches (Huechera, Super Trees, etc.) and for the foliage (Scenic Express Super Leaves, for one) attached to the armatures with various adhesives.  He demonstrated his finished trees and reported one danger:  He likes his new trees so much that he is replacing the older trees on his layout. 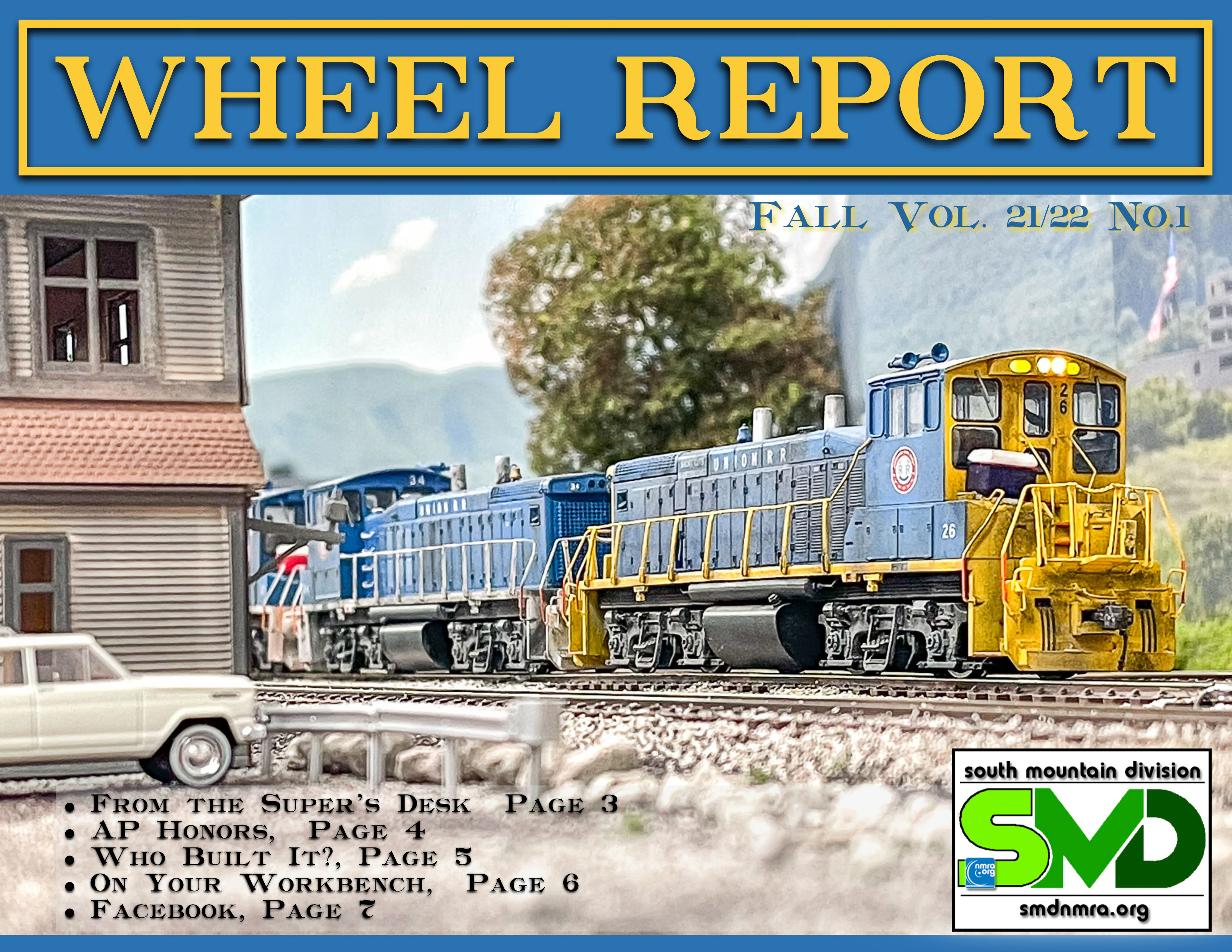 The fall newsletter is now available. Click over to our NEWSLETTERS page to view or download this current publication and past editions in PDF format.